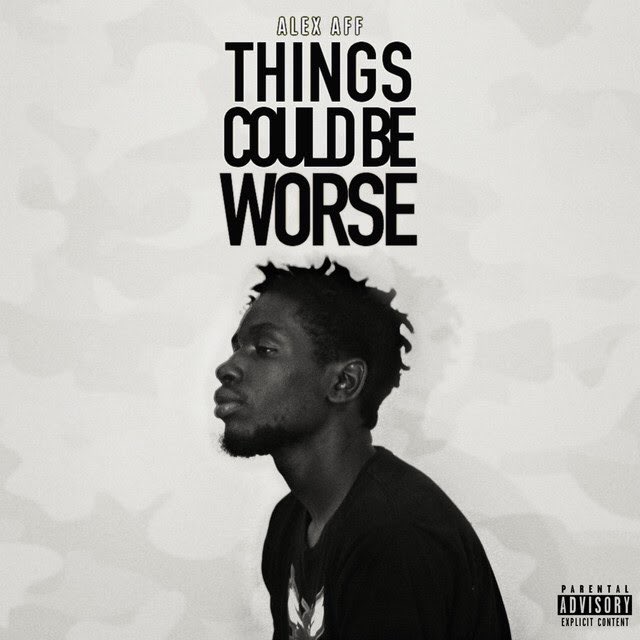 alex aff and how “things could be worse”

a personal note from alex aff about his new album “things could be worse” and his hopes to change people’s perspective on reality.

alex aff is an artist i met via twitter one summer a couple of years ago. he reached out to me to take a listen to his music and do a review — long story short, i never got around to writing the review but i knew from listening to his music that he was very talented.

through plenty of twitter conversations we became internet friends and a couple of years after that i met him in the mall of our hometown durham, north carolina. i had blue hair and it was like reuniting with one of my long-lost friends. he literally gave me his whole life story in five minutes in the mall, he’s a fast talker!

alex writes/raps about his perspectives, experiences, what he has learned so far in his life, and what he is learning now — that is one thing i can say that sets him apart from the rest.

alex calls himself everyone’s “homie” and it is true, i remember having smoothies with him and just talking about life. he is a relatable person which is why this is going to be a pivotal album because at some point we have all said that things could be worse.

here is alex’s note specifically for lovekhaliyah.com about his album that is set to release november 9, 2018:

My words about the album: from the day that I decided to actively start working on the project to when it was completed took about a year maybe a little less. I had maybe 3 or 4 different final versions before the actual final version. Im really proud of the song I have with Chelsea Inspire. She came to the studio and I just played her the joint and told her the vibe and she laid beautiful vocals and it was so effortless for her to do it. She has one of the best raw voices I’ve heard. But my goal was just to make something that personally satisfied me: something that Im proud and can smoke and ride around to by myself. So in my mind I already won. If other people can actually enjoy the music than that’s just icing on the cake. At this point in my life I don’t have too many expectations, I just focus on what I can control which is making music, putting it out, and building my shit 1×1. Everything else is outside of my control so I aint trippin on none of it. I hope this album can inspire humans to change their perspective on reality and stop complaining, it’s annoying and nobody cares lol.

here is the album artwork and tracklist (pictured below):

Alex Aff – Things Could Be Worse 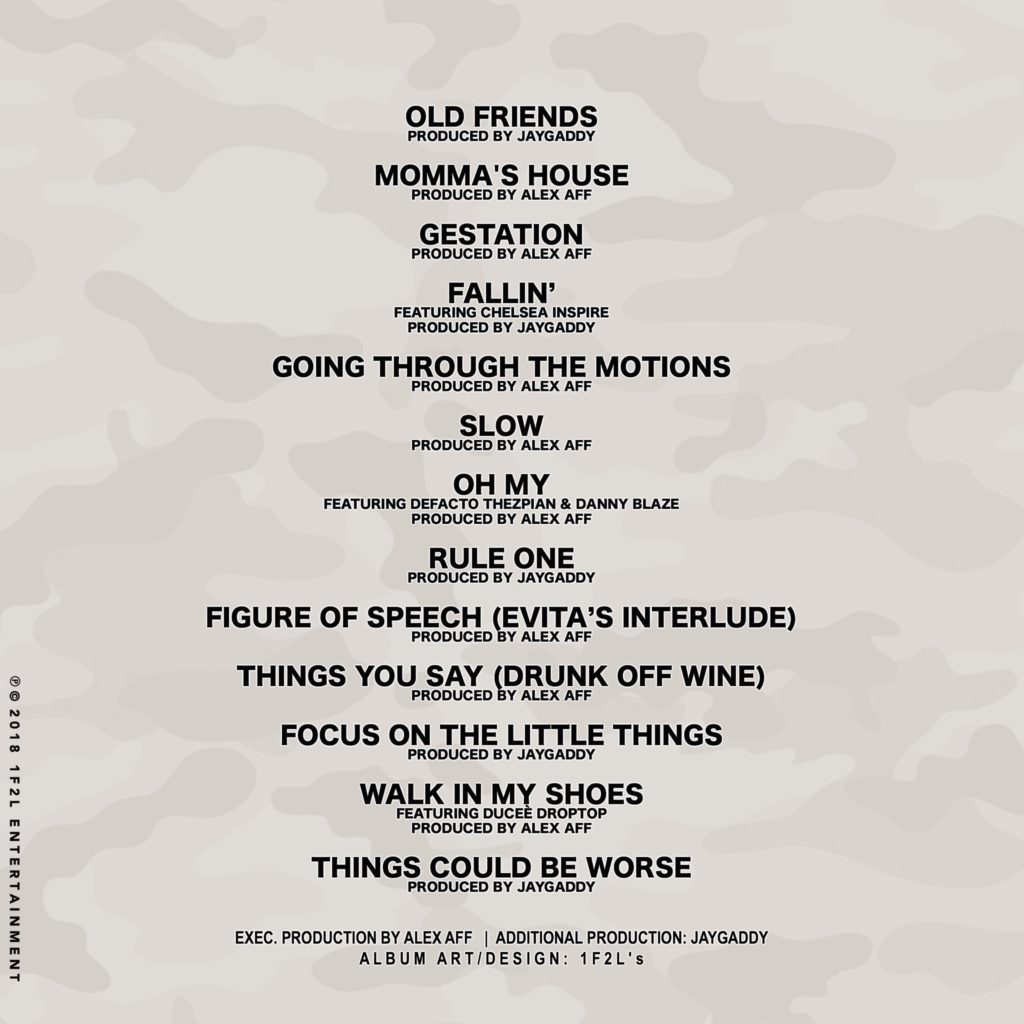 Alex Aff – Things Could Be Worse

are you ready for alex’s new album?