Originally posted in 2015 but brought back because still this post still relates to the mindset of people now. Keep it real with everyone & yourself!

if you follow me on twitter then you know that i had a little mini rant about “keeping it real.” so, i decided now at 1:38AM on Tuesday, December 8th, 2015 that this needed to be discussed because we can not bring this mentality into the New Year.

one of my pals from high school tweeted:

“If I reply to your text every hour or so and I’m only saying “wyd” “lol” or “that’s wassup” you gotta catch the hint ?“

me, being the bold person i am, quoted the tweet and responded with:

am i right? or am i right? this tweet brought me to my other tweets i threaded afterwards (read from bottom to top): 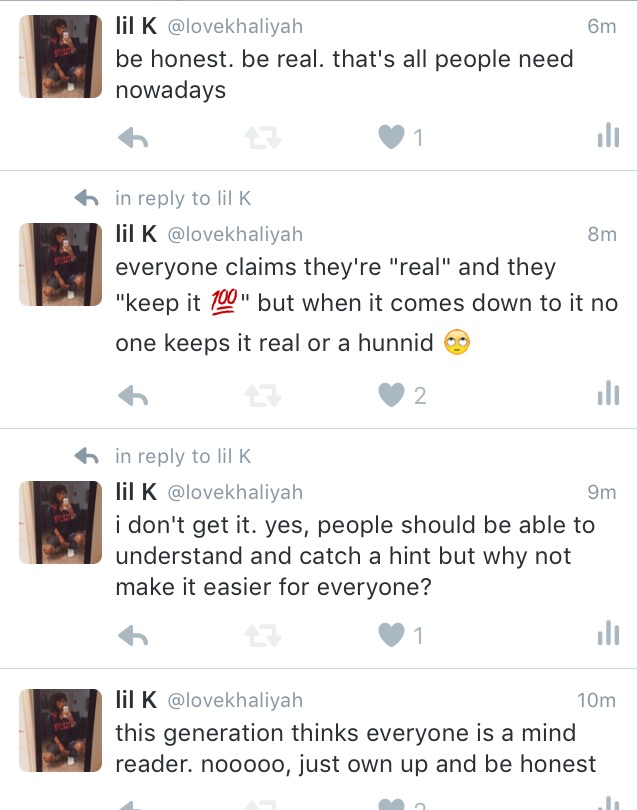 how did we get to this point where people are falsely advertising themselves? what gives you the right to claim yourself as being “real” or “a hunnid” if when push comes to shove you are not either or? why is it so hard for people to understand the importance of being truthful or honest?

now, i get it, no one is perfect, but can we at least strive to become better everyday? if you’re not constantly growing what are you doing? (stagnation is not good, and not in any form) i honestly think that if people were to be honest with themselves and those around them then they could reach this level of “realness” or even happiness because you’ve become at peace with yourself, and do not have to keep up with a façade.

if people were honest with everyone then the world would be an easier place to live in. why have we reached a point where you “cut someone off?” to me “cutting people off” seems childish and unnecessary. why don’t we talk about our issues, like the grown adults that everyone says they are, and handle the issue. and if afterwards you both cannot come to a conclusion then you end the relationship — whatever form of relationship that might be friendship, romantic relationship, partnership etc. — and no one is left looking crazy, or constantly wondering where things went wrong.

ex. let’s say you’re seriously “talking” to a girl/guy (so you’re passed the “get-to-know-you” stage and you’re into the “close-to-cuffing-them” stage) and you just weren’t feeling them anymore, or better yet, you have become interested in someone else; why leave them hanging and cut them off? why not let them know wassup? nine times out of ten i’m pretty sure they will appreciate that more, and have more respect for you than to be left out in the cold.

it will cause you less stress, to be honest. you don’t have to avoid people when you see them coming your way, never read their messages, or lazily respond to messages (because everyone hates one worded replies). avoiding people is hardwork — trust me, been there and done that — and wondering why someone cut you off is exasperating (been there and done that, too). but you know what? at the low-cost of free.99 you can keep it real with everyone and just let them know what’s up.

so i vote that we leave this childish “cutting people off” and “false advertisement” in 2015. i say that 2016 should be the year of being honest and keeping it real. 2016 should be the year of beginning self happiness for everyone, because to reach happiness you have to be honest with yourself. and what better way than to start with being honest to the people around you?

BUT HEY, maybe my thoughts on this are wrong? is there a better way to handle this? what are your thoughts on being “real”? 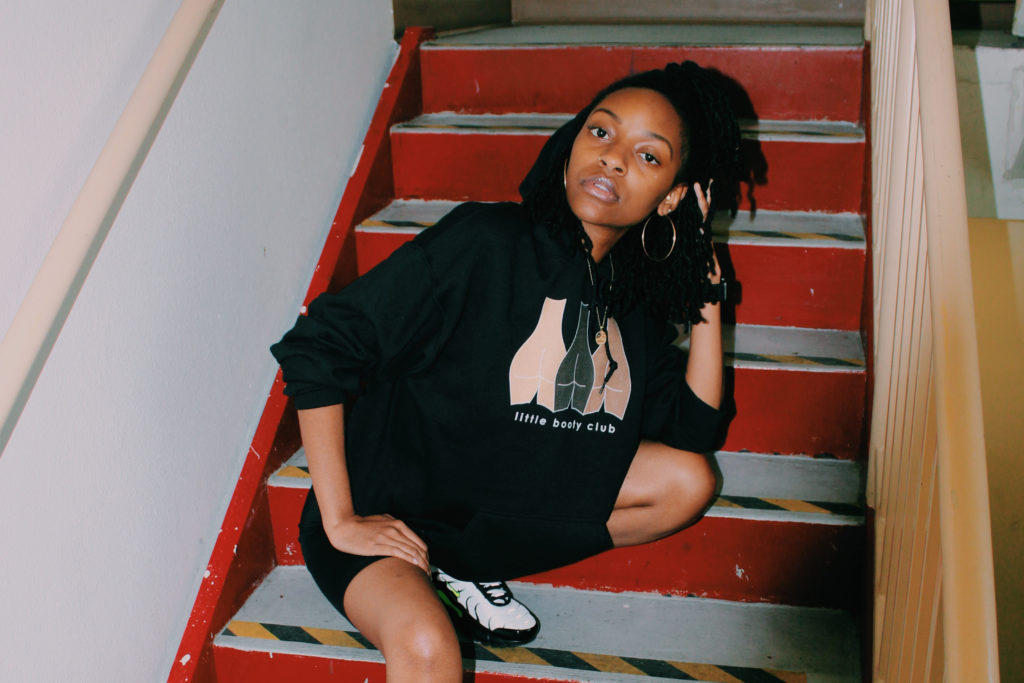 BE THE FIRST TO KNOW!

Get posts, new content, all the new gear, and exclusive sales straight to your inbox!

Get with the winning team. #TeamLove