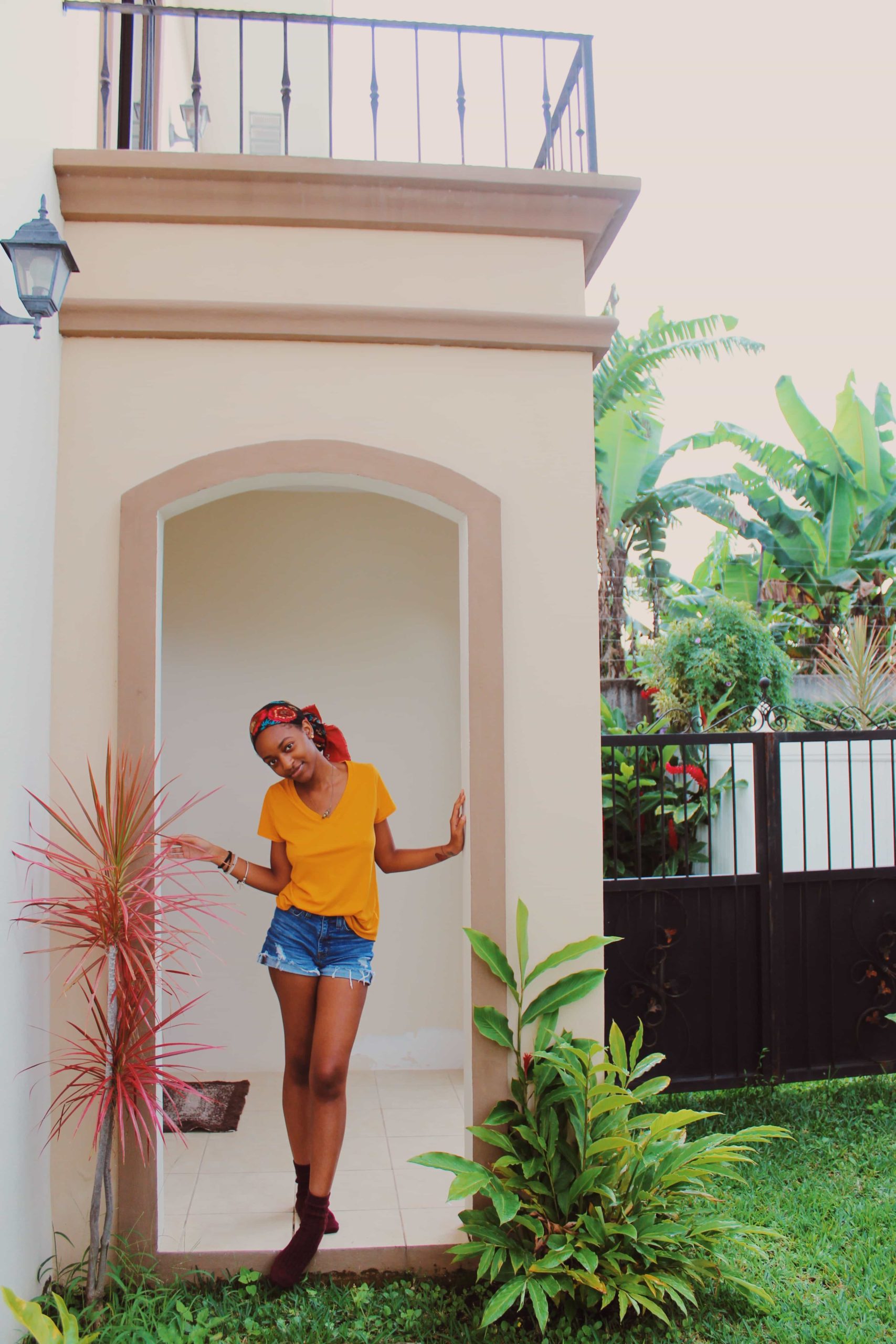 i have lived in costa rica for over three months now and so many people have wanted me to do a post about life here and i just feel like i can’t really get a grasp on everything so i can talk about it, but i’ma do my best and tell you about my experiences.

since i’ve been here in costa rica life has been a little different: from the language barrier to the clear difference of skin color, it’s been a challenge; however, it’s been a pretty fun ride.

when i first touched down in costa rica i was tired from the plane rides and the stresses of just last-minute things we had to do before getting to cr (from now on i will refer to costa rica as cr). for about a week, i think, we hadn’t been living in our own space. we stayed with some family friends and then with my grandma.

our last night in my good ol’ home of north carolina we stayed in a hotel near the airport. at this moment i think my entire family was overwhelmed with many emotions (trying to fit our life into suitcases and keep our carry-on bags under 50 pounds) and speaking for myself, i was still thinking this was all still surreal.

honestly, were really we about to move to cr? no one in my family had ever been there before, i was truly thinking we were crazy.

are we really about to give up everything we’ve ever known to live in some country that we don’t even know much about (or i didn’t know much about, i can’t speak on what research my parents had done)?

to a degree, i feel like it was a lot for me to take in. i was kind of upset because i had just sold my first car — which belonged to my grandma previous to me — and i was happy with my job i had obtained at J. CREW, and i had just made some friends in my OWN city (which was big for me because all my friends had lived in raleigh because of attending school at William Peace University in downtown raleigh).

moving right a long, we landed in cr and the first thing i thought was “gosh, it’s so hot here.” and you would think “duh, khaliyah, this is a tropical place.”

well you know what? it was chilly in on the plane.

our then property-owners had picked us up from the airport and took us into the mountains of puriscal from the airport. it was such a crazy, winding ride to the home; however, this home was very beautiful. the sun would wake us up at around 6 a.m. and it would rain every day around 3 p.m. and sometimes it would start earlier than that.

to go to the store it would take us 20 minutes just one way to get into town. my family did not want to take a taxi all the time into town, so one day we tried to walk up the mountain we lived on to get to the bus stop, but all there were so many stray dogs and my mother and sister around dogs is a sight to see, i tell ya.

however, i will credit them for being scared because the dogs were barking all in their grill and if the dog had done that to me, i would have done the same thing.

during this time we had been in the first home, we went to the mall in escazu and this mall was absolutely huge. there were so many restaurants like burger king, mcdonald’s, subway, and even pizza hut (of course these aren’t places that i would eat — except maybe subway). i’m pretty sure there were three stories, but the amount of stores they had fit into this mall was insane.

there were so many stores like forever21, nike, puma, pandora, guess, hilfiger, their version of an apple store called icon, michael kors, nautica, and even a zara.

i was absolutely overwhelmed by the amount of stores and shocked that they had some of the same stores that i was used to shopping in. i don’t why i thought that everything would be completely different.

while being at this place we were exposed to so many things: bugs, animals, and even different sides of ourselves. it was definitely an experience like no other. i specifically remember getting out of the shower and there was a scorpion right outside the shower door waiting for me. boy, oh boy. i had never called for my brother so quick to save me.

after the first 30 days in cr we moved to our new apartment in san rafael. during our entire time here in cr we have used airbnb. if you plan on doing any traveling soon use my mom’s code: khadijahb88 to save $25 off your first trip of $75 or more.

our apartment in san rafael is where we had the “pleasure” of experiencing lizards and our complex was right in the center of all the national prisons of cr.

while to some it may have been a scary thought to be right near the national cr prisons it is probably one of the safest places you could live. this complex was so safe they wouldn’t even let us in when we first arrived. after the first couple of times, they recognized our brown faces and knew to let us in for the rest of the time we were there.

when moving to the new place in san rafael, this is where we started really using uber. uber was cheaper than taking a cab and because we were in the city now it was much easier to find a ride.

now, my family is a group of five, young-looking, brown people and we experienced some discrimination because we were from the united states, but for the most part all the people we have met have been so helpful, friendly, and patient because our spanish isn’t the greatest but we’re getting better.

after 30 days of living in that apartment we moved to our “townhome” in alajuela. this home is in a gated community and is in a really nice area. once you walk out of the community there are some mom and pop shops along the sidewalk and right across a major street (it’s not like a highway, but it is constantly busy) is a fruit stand.

this fruit stand has fruits and vegetables for cheap. they also make batidos — this word translates directly to milkshake, but here in cr is interchangeable with the word smoothie, you just have to let them know if you want your drink con leche (with milk) or con agua o jugo (with water or juice).

since i’ve been here i have experienced two earthquakes (that i could feel because there have been many of them), one in puriscal and one here in alajuela.

one thing that i have noticed is that many cr drivers do not use the brake. my family and i have experienced some insane driving. there have been multiple occasions that i was sure that we were gonna side swipe some cars or smash into the back of some cars, but yet here i am: unharmed and still alive.

i’ve been enjoying my time here in costa rica and i would definitely recommend living here for people wanting a getaway. the only thing i want to do now is go to the beaches and experience living in the costal areas.

i just want you guys to know i have struggled with trying to start this post for months, but i think i covered the basics of everything.

any questions about costa rica or just living life abroad? leave them below!