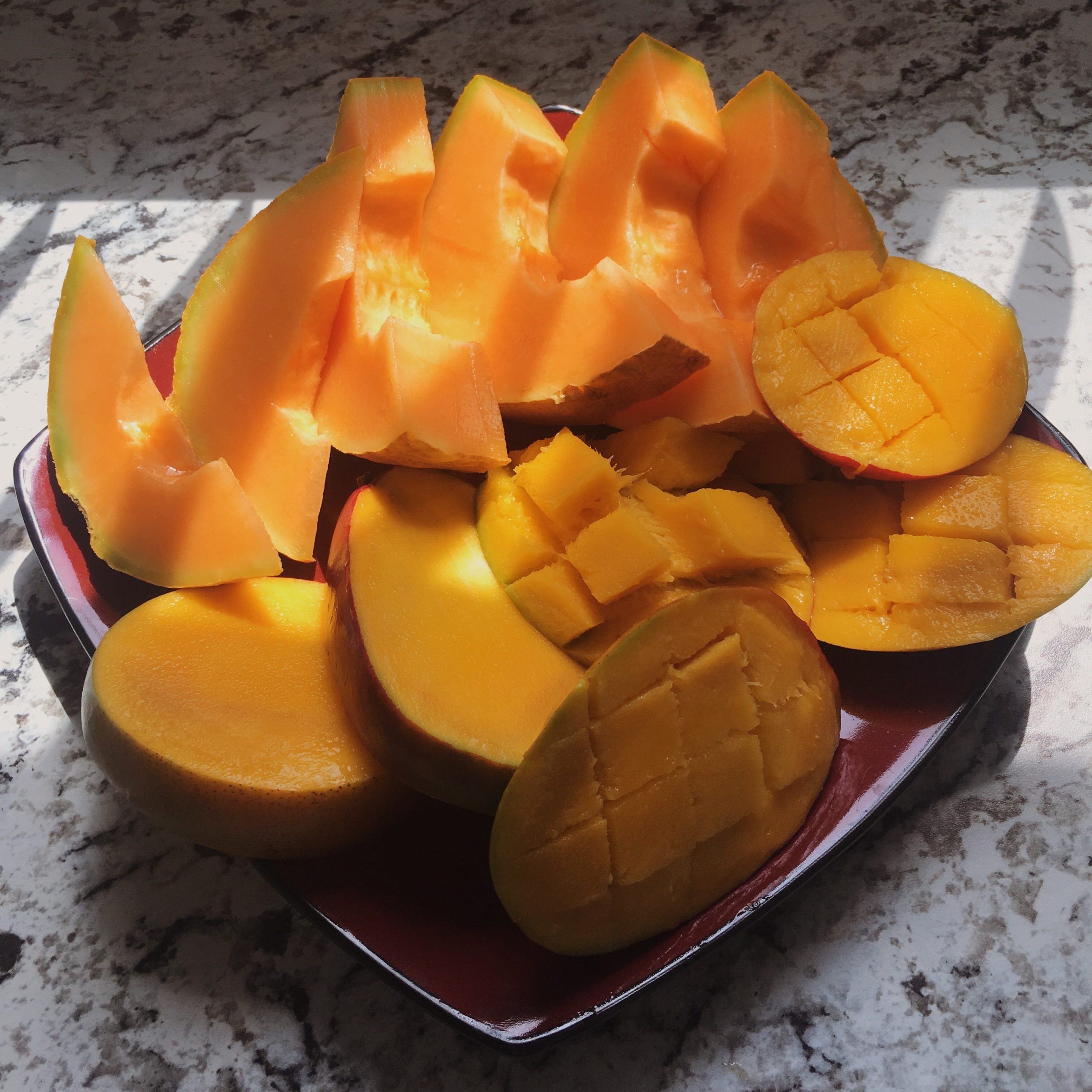 Recently, I did a three-day fruit feast. This is where I only ate fruit in its entirety for three days. I did this mostly because I wanted to cleanse my body from eating basically garbage for the five months I have lived on the road.

I was surviving on bean burritos and oriental ramen noodles with an occasional salad or fruit. Which was probably not the best thing I should have done for myself. So to get myself back on track I ate fruit for only three days.

Now, I will be honest, it was more like 2.5 days but the next day I had fruit for breakfast and majority of the day so I’m counting it.

The fruits that I chose for my feast was cantaloupe and mangos. I originally wanted to eat watermelon but when I went looking for a seeded watermelon I could not find any. So when I went to Aldi they had cantaloupe for $.99 and that was a steal! I got three of them and like 6 mangoes. I would eat half of a cantaloupe for lunch and dinner. Then I would eat two mangos either with one of the halves of cantaloupe or as a snack between meals.

Most days I don’t really eat before 12 (not for any particular reason I’m just not super hungry until later), so that’s why two meals worked for me. I also drank lots of water and really just listened to my body to see if I was actually hungry or just bored.

But back on track, the night of the second day I really wanted some potatoes… like really super bad (and I was doing this with my family and my mom and sister wanted potatoes too). That night my mom made a curried potatoes with greens and squash; it was beyond delicious. It was so good that we had more potatoes on the third night and this is why I consider this fast to be like 2.5 days.

If you want to try this out I suggest challenging yourself slowly and build up over time. Try one day one time then two days another time… etc.

Are you willing to do a three-day fruit feast? If so, what fruit would you eat? Let me know below and tag me in your pictures on Instagram.